In March 2020, I confessed my Florida Gator fandom in a post on the value of coaching. At the time, our then Coach Dan Mullen appeared to have turned our program around. And less than two years later, my Gators are 6-6, and a new coach is on the way.

I’m no expert on coaching football, but I observe leadership traits. And there were several areas where I saw Coach Mullen fail as a leader. Each of them provides a lesson for leaders.

When leaders fail to make tough decisions, their leadership is at risk. The buck stops with the leader, whether they are market decisions or people decisions. Tough decisions are not the easiest part of the job, and they are inevitable.

Coach Mullen had a difficult call to make at the end of 2020, whether or not to fire his underperforming Defensive Coordinator. The low-level performance wasn’t really in question, but Coach Mullen is intensely loyal. So he stuck with him. And this decision hurt his leadership.

When you are not making difficult, but obvious, decisions as a leader, it undermines your credibility. Your team knows when someone is not carrying their weight or their performance is subpar. And if a leader is not dealing with it, the group begins to question their decision-making. Initially, you get some grace as people realize you may be working behind the scenes. But as time wears on, it becomes obvious you are not.

And when leaders are not dealing with problems, they lose the team’s respect and authority. And that is part of what resulted in Coach Mullen’s termination.

Lesson – Problems don’t age well, and the sooner you deal with them, the more successful your organization will be. 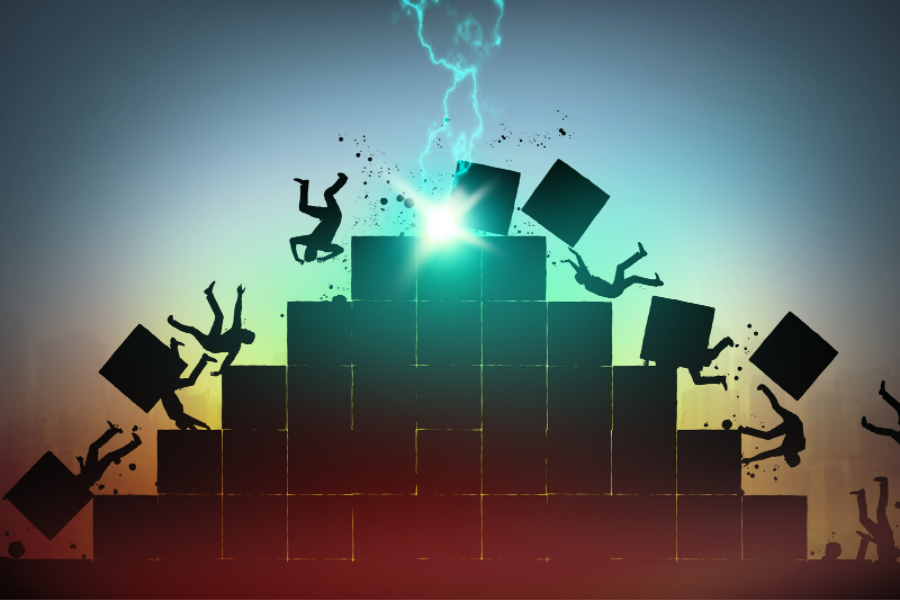 I’ve written before on the importance of effective leadership communication. This may be the least of Coach Mullen’s sins, but it is real. Most of the challenges in his communication were with the press. He often came across as arrogant, combative, and unwilling to speak authentically.

Perhaps he was trying to protect his team, but it came across that he was unwilling to face the problematic facts in front of him. He downplayed negative news, was blunt, and often appeared evasive.

Part of leadership is speaking in public with your team, board, and clients. And when you don’t speak authentically, when you refuse to face the reality everyone else sees, you alienate them. Leaders should communicate confidence and authority. But as Collins points out in “Good to Great,” you have to accept the reality of your current situation while never losing faith in your vision of the future. Unfortunately, Coach Mullen was weak in the former, and it caused many to question the latter’s reality.

Lesson – the challenges in your business are usually not a secret. Deal with them honestly and be straightforward in communicating with them. Your team will appreciate it.

Perhaps the cardinal sin for Coach Mullen was not prioritizing “being right” over putting the team in the best position to succeed. Far too often, he insisted on starting players based on loyalty over apparent performance. And, when forced to make the obvious changes due to circumstance, it was clear his loyalty to individuals was not helping the team.

Leaders should be confident in their choices. But they must act quickly when it is clear they have made the wrong choice. Leaders should support individual members of the team. We should help them perform at the highest possible level and empathize with their challenges.

But the team takes priority. Always. We need to look toward the team’s overall performance and make adjustments with team members to ensure the team succeeds.

Lesson – The team takes priority and serves the individuals to the team’s greater good.

I was sad to see Coach Mullen go. I was sad to see leaders I enjoyed working with leave. But when leaders don’t make tough decisions, communicate poorly, and fail to make the necessary adjustments, they will not last very long.

No leader wants to fail. And when your core values are aligned with your leadership style you will bring your best possible contribution to your team and your business. If you would like to be more aligned in your leadership join me Friday, December 10 for my workshop: Aligning Your Values with Your Leadership Style.

You have Successfully Subscribed!