The Power of Leadership Self Awareness 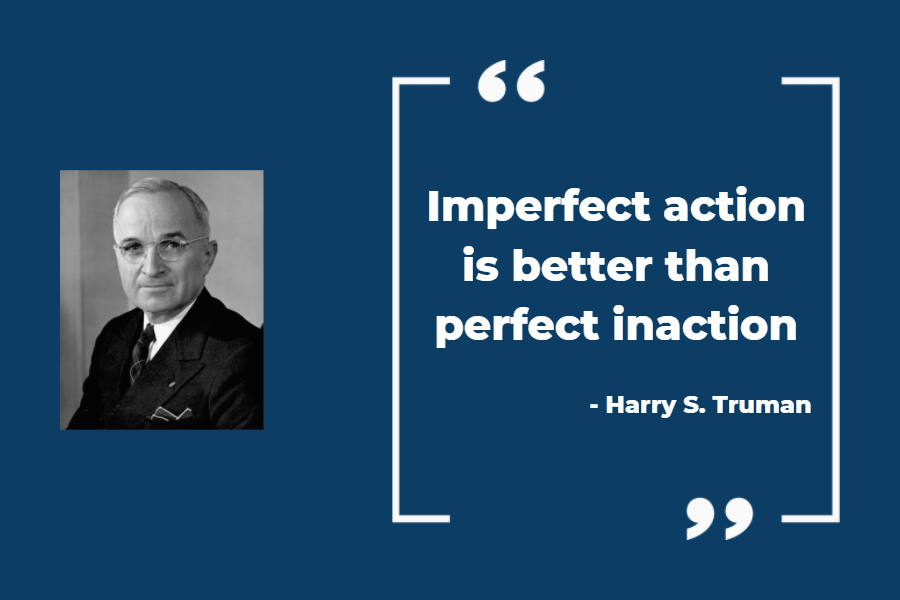 I have a confession to make. Early in my leadership career, I didn’t have a lot of self awareness. Decision-making was a big struggle for me. The ideas weren’t lacking, landing on one and sticking with it though? That was a big challenge.

For years, I struggled with this. The bigger the decision, the more difficult it was for me to make. I found myself bouncing between brainstorming possibilities and then writing them off. In my head, this seemingly went on for hours as decisions loomed. A few years ago, through work with my Executive Coach, I realized what was driving this. She had me take the Core Values Index. A full discussion of it is for another post, but I came out of that assessment as an Innovator Banker. (If you want to know what your Core Values Index score is, you can take the assessment now.)

The Banker Innovator combination brings many strengths to the table, especially as part of a team. Left to their own devices, though, they can get trapped in their head. Continually coming up with ideas and solutions to problems (Innovator) and then assessing the viability of the answers and available resources (Banker). For me, it was quite a whipsaw effect, and under the stress of critical decisions, it could be paralyzing for me.

The beauty of the Core Values Index, though, is that your type is not your destiny. You can shift to other core energies. It just takes a conscious effort to do so. Typically I needed to tap into The Builder. That energy represents Power and drives action and results. They may not have all the data, but they are confident in their ability to make the right decision. My coach helped me see those situations where I trapped myself in the spin and how I could break out and tap into my Builder energy.

As I tapped into that Builder energy, I could find the strength to take action. The lingering fear in my brain was that the action wasn’t perfect. Maybe I hadn’t thought through the implications. Perhaps I hadn’t thought through what it would take to achieve it. I had to become OK with action that wasn’t perfect, that was, in fact, imperfect. Harry Truman famously said, “Imperfect action beats perfect inaction every time.”

So what does it mean to take imperfect action? For me, it means taking action based on the best data available to you. It’s one part going from your gut, one part benefit of life experience, and one part leap of faith. It may mean something very similar to you. What’s crucial is that you are taking action. There is a time and place for consideration and thoughtfulness—a time for more research. At a certain point, though, your lack of movement becomes a larger problem than the issue you are trying to solve. And that’s when imperfect action kicks in.

While imperfect action has many benefits, not the least of which is moving from analysis paralysis to activity. It can have its downsides. It can blow up in your face. So how do we mitigate that risk? When you take that imperfect action, you don’t just fire it off and walk away. You need to pay close attention to the outcomes from it. When you make a change to a system or process, observe and review. If the result is not what you expected or not as optimal as you hoped, make some adjustments, and move forward again.

Even the best thought out plans can have unexpected outcomes, and it’s not isolated to taking imperfect action. The smart play as a leader is to act, watch, learn, and adjust. It removes some of the risks from taking action sooner than you like. It also creates a culture where taking acceptable levels of risk is valued and encouraged. You’ll move faster to success, with some failures along the way, than you would otherwise.

Consider what decisions you need to be making right now. How many of them are in the “spin cycle” in your brain? What’s holding you back from taking action? What are the costs to you of inaction? Then, take the imperfect action. Even if it’s just one small step forward, you’ll start to generate momentum, and that makes the next step even more comfortable.

Do you want to deep dive into how to lead based on your core values? Or learn how to better lead others based on their core values? Join my Facebook community, the Clear Path Leaders Forum where we discuss this and more leadership issues every week. We will help you become the leader you aspire to be.